She’s that mystic sensual voice that hums along and laces vocals on Dj Mshega’s smash hit “Get Down” . After that stellar performance she’s certainly has caught everyones attention and left them wondering and craving for more.

Best: Please introduce yourself
Busi N: My name is Busisiwe Lerato Ngwenya AKA Busi N, I am a soul, Jazz and house vocalist born and raised in Ekurhuleni (East of Johannesburg) in a Township called Vosloorus.

Best: What is your music background?
BusiN: I studied Jazz at the University of KZN but like most artists I started singing at church at a very early age, so basically my background is split between Jazz and Gospel. 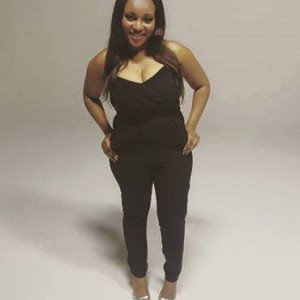 Best: Do you write your own songs?
BusiN: Yes, I am a singer/song writer and a firm believer in artistic expression so I always use song writing as a way to express my creativity, experiences, emotions and opinions about anything in society.

Best: Who are your musical influences?
BusiN: As a Jazz graduate I’m highly influenced by artists that reigned in the golden era of Jazz and generally by emotive artists that understand their craft and use their voices as instruments in a band rather than just a voice. Internationally its Artists like Ellla Fitzgerald, Etta James, Rachel Farrel, Le’Andria Johnson and locally the late Brenda Fassie (mabrrrrr), Lebo Mathosa and Mam Busi Mhlongo have all had an influenced on my music.

Best: What are your fondest musical memories? In your house? In your
neighborhood or town?
BusiN: Wow, having started singing from as early as preschool with recitals and school plays, the fondest musical memories would have to be every chance I got to play lead in school and church plays *giggles*. I mean my love for music has been clear from a very tender age, in high school I had the prestigious merit of being choir leader for 2 years and that meant arranging songs, harmonies and all the creative work that goes on behind what an audience hears so that has to go down as one of the my fondest memories as well. 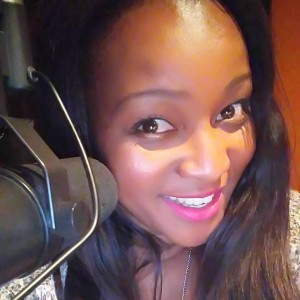 Best: How has being featured on DJ Mshegas “Get Down” changed your journey in
the industry?
BusiN: The Get Down (Whistle Song) feature has served as my entry into the mainstream music industry, being featured on a song that is doing exceptional well on the dance floor, Radio charts and downloads has brought more popularity to me as a brand hahaha and the music video put a face to the voice people were singing along to. So the love has been phenomenal and it’s a step in the right direction for my career, I couldn’t have asked to work with a more talented and driven DJ/Producer and our ever dedicated team that has given me the opportunity to be me through song, it has been a humbling experience for me as an up-coming artist.

Best: What are your songs about?
BusiN: My songs are about lifestyle, love (falling in love, heartbreaks) friendships, motivation, and faith because I am a born again Christian but I also work around any set theme or concept we may come up with as a team then build from there.

Best: So you are new in scene, how would you describe your music to people?
BusiN: I can’t really say I’m new in the scene, I’ve been putting in work for some time and this is the product of those years. I Honestly wish i could have some new funky genre that I could come up with *giggles*, my music is a blend of international jazz and gospel complemented by the finest locally produced instrumentals. 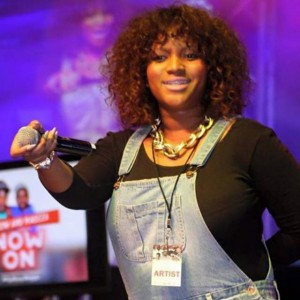 Best: Have you recorded any previous CDs or posted any audio files on the
Internet?
BusiN: Yes I have music on Sound Cloud and iTunes with various other upcoming djs as well.

Best: What are your immediate music career goals?
BusiN: Dropping more music and affirming my place in the music scene, Releasing an EP to introduce the sound of “Busi N” and working on more collaborations.

Best: What are your long-term career goals
BusiN: I’d love to work with Dark Child, an international producer that has produced the likes of Destiny’s child, Brandy, and Toni Braxton to name just a few and generally be one the best to come out of South Africa and garner international recognition and respect. My ultimate career goal is to establish a company that can provide the necessary support, knowledge and also look after the interests of upcoming vocalists and be considered legendary in the music game.