Best: Please introduce yourselves…
Brian BlaQ: My name is Brian BlaQ. An ordinary guy who loves music…
Best: Where are you from and do they love your music where you from?
Brian BlaQ: I’m from Soweto and yeah, they do love my music. 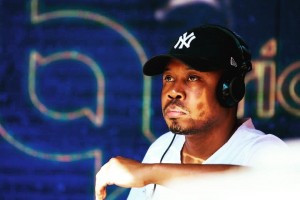 Best: When did you start Djing?
Brian BlaQ: I started DJ’ing in 1995 but really got into mainstream DJ’ing in 1998
Best: So when did you decide that this was no longer a hobby and that you would make it your career?
Brian BlaQ: When I become a radio DJ in 1999, I realized I was onto something
Best: So what sets you apart from the rest? What’s the difference between other DJs and you?
Me: I’m an all-round kinda DJ. Name a genre and I can probably play a set of that particular genre…name it…
Best: What is it like when you look out at the crowd?
Me: It’s the most amazing feeling one can ever have 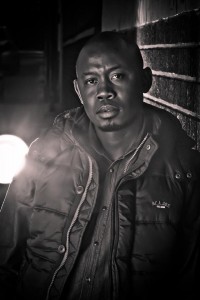 Best: Where do you get inspiration from?
Me: My two sons
Best: Do you get nervous before you go on stage?
Me: All the time
Best What is the biggest crowd that you have ever played for?
Me: I can’t quantify it right now but I looked up the one time I played at Oppikoppi and saw a sea of people dancing to my music. I’ve got goosebumps thinking of it now…
Best: What is the greatest gig that you’ve played?
Me: I know this sounds like a cliche, but I enjoy all my gigs. If you really had to twist my arm, I’d say The Warm Up.
Best: How has the house scene changed since you started djing?
Me: Well, I come from the vinyl era so you can imagine. I mean, it was such a mission when one had to play out of town. Heavy bags at the airport. Now, I can carry one bag and travel the world. I have to confess as well, the scene has just become accessible to everyone. Anyone can be a DJ nowadays 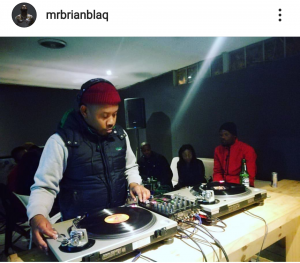 Best: Do plenty of women throw themselves at you?
Me: Hahahaha… NAH. Apparently I have an unapproachable face
Best: Is being a Dj lucrative?
Me: I don’t about lucrative, but it’s fulfilling
Best: What other businesses are you involved in?
Me: I also have a 9-5
Best: How many studio albums do you have if not are you looking to release anything in the future?
Me: I’ve released two compilations, Mechanix Of House Vol.2, Deep House Chronicles Vol.10. I’ve also released an EP with a DJ friend of mine, TriGo. We are currently working on a new single which should be going into mastering by the time you read this.
Best: Is there any artist you wish to work with in our industry?
Me: I’d love to work with Pierre Johnson. That guy is a breadth of fresh air
Best: How do you think music you play has changed over the years?
Me: Music evolves, it has to, no matter the genre. Speaking of house music, well, we have a few sub-genres that have emerged, which is a good thing.
Best: Are you big into social media. how many twitter/FB followers do you have?
Me: I try to be as interactive as possible. I don’t have a lot of followers (like some of my peers) but I have 6k + followers on Twitter and 5k + on Facebook
Best: What is your advice to up and coming DJs?
Me: Collect as much music as you can. Do it for the right reasons. Passion first, and the rest will follow
Best: If you weren’t doing this, what would you be doing?
Me: I honestly don’t know…