With a killer smile and looks to match, it isn’t a wonder that Boitumelo “Boity” Thulo is fast rising to Stardom in South Africa.

Born in Potchefstroom, Boity – as she is more affectionately known – has already made major in road in South Africa’s entertainment and modelling scene. Already a seasoned veteran on television, she also has an impressive modelling portfolio to back her up and is set to find new pathways to success in the near future as well. It all started with being cast in a Wimpy commercial in March 2010, as Boity was introduced to South Africa, who fell in love with her at first sight. More commercials followed for “DSTV Africa” and MiWay before she moved onto a string of appearances in several television shows.

After a cameo role in the popular series 4 Play – Sex tips for Girls, Boity was asked to present Crib Notes – an educational show on YoTV. She worked on SABC1’s The Media Career Guide and made appearances on DSTV’s 10 over 10. She also co-presented a show – Zoned – on SABC 1 which aired every Thursdays at 6.30pm. Boity was also the social media face of Big Brother Africa and is a lead actress on Rockville, a drama series on DSTV’s Mzansi Magic. She is a brand ambassador for USN and was named Heat Magazine’s favourite celebrity in the annual Heat Hot 100 coming in at first place.

But even if you missed her on television, Boity has already carved out a name for herself in the modelling world, and she was named at number 72 in FHM’s 100 Sexiest Women in the World

in 2012. The Sowetan newspaper went one further, naming her the Sexiest Woman in SA for 2012 and 2013. All this led to her being named as the brand ambassador for Iman Cosmetics Africa.

her one of South Afirca’s “It girls”. 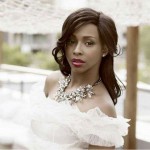 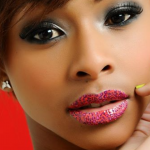