From “friendly city to “the mother”

Ta Liwa:I am Liwa Dladloti but well known as “Ta Liwa” originally from the Eastern Cape but grew up here in Cape Town.

Best: Where are you from and do they love your music where you from?

Ta Liwa: I currently reside in Cape Town, Khayelitsha and yes, there is a market for the music I play there.

Best: When did you start Djing? 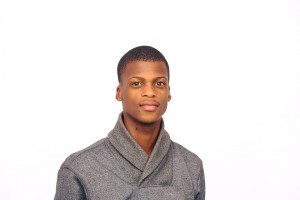 Best: So when did you decide that this was no longer a hobby and that you would make it your career?

Ta Liwa: Back in 2016 as a group of friends and I started a ‘movement’ that was called Blissful Rhythm.

Best: So what sets you apart from the rest? What’s the difference between other DJs and you?

Ta Liwa: I would say the sound I play is very rare in the sense that it is very dark and dubby. Not saying no one else plays it but there’s a few selectors I know that play the same sound.

Best: What is it like when you look out at the crowd?

Ta Liwa: Most of the time, I feel overwhelmed. Looking at all the people feeling the groove. 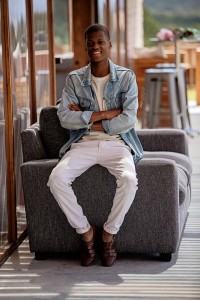 Best: Where do you get inspiration from?

Ta Liwa: I’ve grown to be my own role model. For years I’d look up to people that have made it and at some point, I realized that I should be my own competition in order for me to see and feel my grown and own up to my success and failures.

Best: Do you get nervous before you go on stage?

Ta Liwa: There is never a set where I don’t first go relieve myself at the loo before playing hahaha… Always get nervous, no matter how big or small the crowd is

Best  What is the biggest crowd that you have ever played for?

Best: What is the greatest gig that you’ve played?

Ta Liwa: It was small and very intimate but for me, it was great playing at House & Friends alongside Bruce Loko

Best: How has the house scene changed since you started djing?

Ta Liwa: I would not say it has changed other than having new sub-genres added onto the scene. Thing is I do not see it as change but as growth within the scene.

Best: Do plenty of women throw themselves at you? 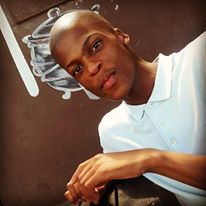 Best: Is being a Dj lucrative?

Ta Liwa: Well at the end yes… You always have to see the bigger picture. I’m busy still trying to pave my own way up to the top and it is costly, yes, but at the end of the day, I do gain a lot yes.

Best: What other businesses are you involved in?

Ta Liwa: I am an Agile Full Stack Web Developer and I am also a Promoter running a movement called House & Friends

Best: How many studio albums do you have if not are you looking to release anything in the future?

Ta Liwa: I actually started producing before being a DJ but left that because I never really had the time and the proper equipment at the time. So no Albukms or releases anytime soon. Although I was offered a chance to go back into production but that’s something I am still thinking about.

Best: Is there any artist you wish to work within our industry?

Ta Liwa: At the moment, I just wanna work on building my own brand – So no, there isn’t anyone specific.

Best: How do you think the music you play has changed over the years?

Ta Liwa: I started off from a very soulful/lounge/chilled background but as I grew I fell into the darker yet groovy dub side of house music. 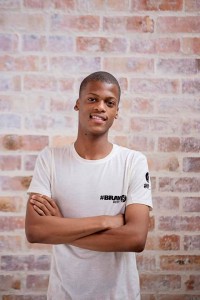 Best: Are you big into social media. how many twitter/FB followers do you have?

Best: What is your advice to up and coming DJs?

Ta Liwa: Respect for others and Consistency is key. And also try pushing yourself to the impossible, always dare yourself to do better than what you did yesterday.

Best: If you weren’t doing this, what would you be doing?

Ta Liwa: Haha, I am already doing everything I have ever wanted to do. Being a DJ isn’t limiting me to do anything.